Update 8/1: Google fixed it yesterday! Thanks everyone who filed tickets with them, maybe it made a difference. :)

Anyone who bikes in New York City and uses Google Maps to look up their route is in for an unpleasant surprise.

The new-look Google Maps totally mutilates NYC’s previously excellent bicycle lane layer. I wouldn’t be surprised if it messed it up elsewhere. Since the old Google Maps looks to be gone for good, the best that can be presented for comparison is OSM’s layer: 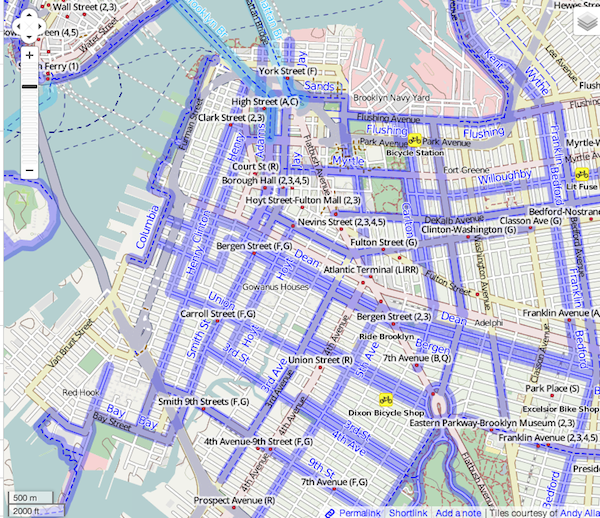 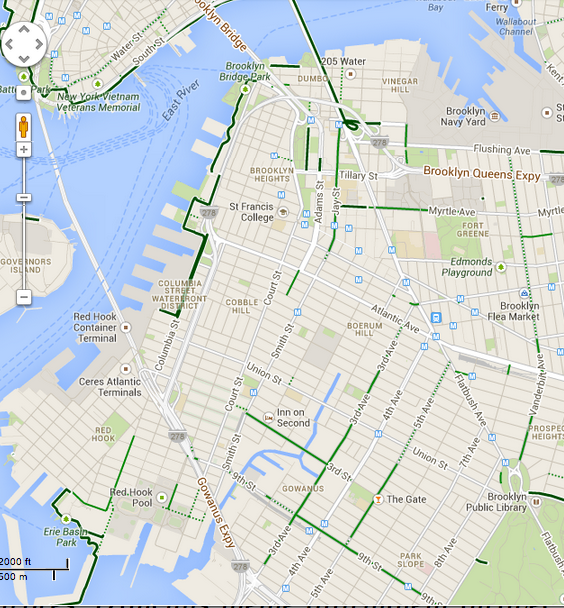 Bergen and Dean St., major routes for bikers in northern Brooklyn going east or west, are gone, along with Flushing Ave.

Manhattan didn’t do any better: 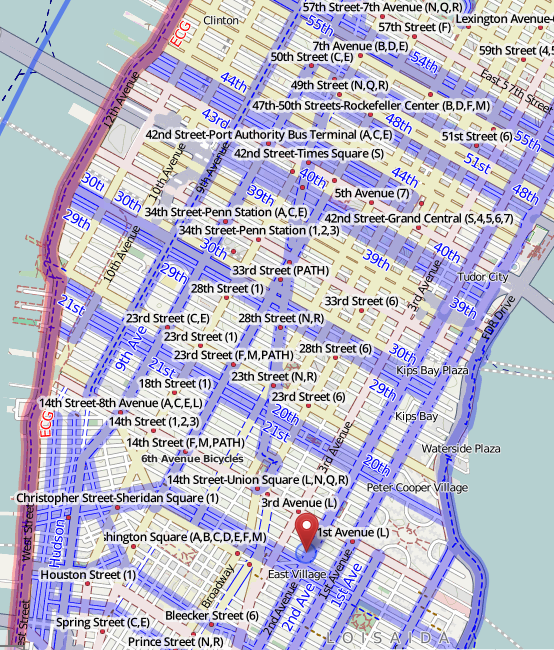 A bike share system just rolled out here, and this is an awful time to make it hard for new, inexperienced bikers to figure out where the safest routes are. The CitiBike app does have paths on it, but it’s still more intuitive for many people to use tried-and-true Google Maps, especially if they’re looking up a route on their computer beforehand.

Google had this data before, and it’s unclear why they shouldn’t have it now. Here’s to hoping they notice, actually care, and fix it quick.